Mike Bryant was only 17 years old in September 1961 when he left nautical college to join his very first ship, the Bank Line's M/V Fleetbank as an apprentice (deck officer cadet). The subsequent voyage aboard the Fleetbank lasted 15 months and within this period sailed back and forth between ports in the Mexican Gulf, Pacific Ocean and Indian Ocean before finally returning to the UK in November 1962. According to Mike, this voyage was a bit of a nightmare for the apprentices aboard, mainly due to the attitude of the captain towards them.

After Mike's UK leave was up he joined his next ship, the M/V Marabank in January 1963.The Marabank's voyage lasted a complete year, minus 1 day! This time after a brief sojourn in the Mexican Gulf, she spent the rest of the voyage sailing around the South Pacific islands and the coasts of Australia and New Zealand before finally returning to the UK. Unlike his time aboard the Fleetbank Mike enjoyed every minute aboard the Marabank and he wasn't alone - on arrival in the UK none of the crew wanted to sign off!

Mike's final voyage on a Bank Line ship was with the M/V Weybank. Similar to the voyage of the Marabank, the Weybank sailed around mainly the South Pacific islands, Australia and New Zealand. In October 1964 while the Weybank was berthed in Sydney, Australia he was offered the chance to transfer to the M/V Eastbank which was also berthed there at the time but was due to return to the UK. Taking this opportunity he finally arrived in Newcastle, UK on the 20th January 1965. This was not only the final Bank Line voyage for Mike but also for the Eastbank as she was sold directly after to the Greeks.

During his time at sea, Mike kept details of his voyages in note books and from these he very recently transferred details onto spreadsheets which he then kindly sent me via my website's contact email and has given me permission to post them up on this website.

When reading the itinerary information contained in these spreadsheets, it is a bit like reading "The Last of the Mohicans" i.e. the last of the proverbial tramp ships for it was not long after that the Bank Line together with many, many other shipping companies were slaughtered by the advancing fleets of container ships. The end of an era wherein millionaires had to pay to see what we got for free.

Mike's three spreadsheets are shown below in mini-XLS format. To view full size, hover over the xls and then click on the boxed-in arrow at its top right hand corner. This will open the xls in a new browser tab. When finished reading or downloading, close the tab and it will return you to this webpage. Bring back memories - happy reading! 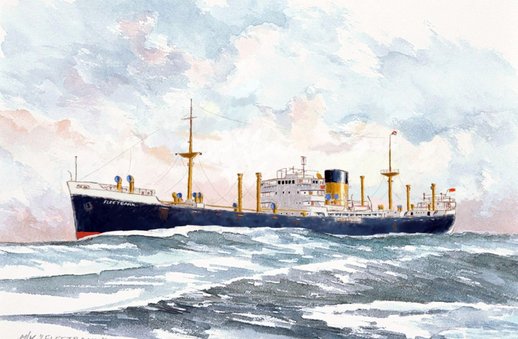 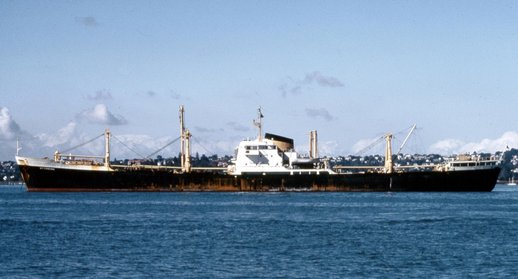 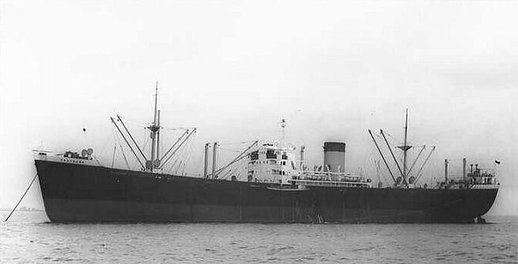