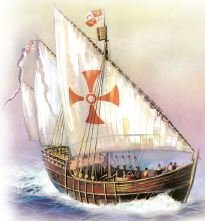 The photos below are of a card/paper model of La Niña that I built from a set of cards purchased from Fiddlersgreen.

La Niña (Spanish for "The Girl") was one of three ships (the other two were La Pinta and La Santa Maria) used by Christopher Columbus in his first voyage towards the Indies in 1492. She was a lateen-rigged Caravel - a small maneuverable ship with triangular sails. These lateen sails enabled her to sail close to the wind without the tacking (zig-zagging) that the Pinta and Santa Maria had to do to get the wind behind their sails therefore she could cover a specific distance faster. She also had a smaller draught which meant that she was able to close-in nearer to coasts and enter tributaries/rivers with less fear of running aground than her companion ships.The Niña had a crew of 24 men, captained by Vicente Yáñez Pinzón. As can be seen from the model, La Niña was relatively a very small ship with little space below decks to accomodate the crew. What space there was apart from ballast was taken up by barrels of drinking water/wine and provisions which had to keep the crew alive not only when outward bound into the unknown but also during their way back home (unless they were lucky enough to find food or water on any islands/land they might come across). The crew therefore had to sleep above deck and only during stormy weather would they cram themselves below deck to avoid being swept overboard. They left Palos de la Frontera on August 3, 1492, stopped at the Canary Islands on August 12, 1492, and then continued westward. Landfall was made in the Bahamas at dawn on October 12, 1492.

The Niña was originally named "La Santa Clara". La Pinta as far as the crew was

concerned was "La Pintada" - "the painted one" meaning a prostitute. The Santa Maria was originally named "La Santa Gallega", derived from the name of a prostitute called Maria Galante. The Roman Catholic Church was not amused and censored these names - and so it was the Niña, Pinta and Santa Maria which sailed into  history.

was a bit of a mouth full hence "Santa Maria"). 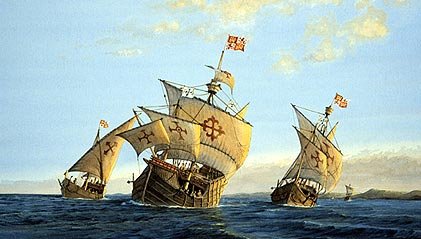 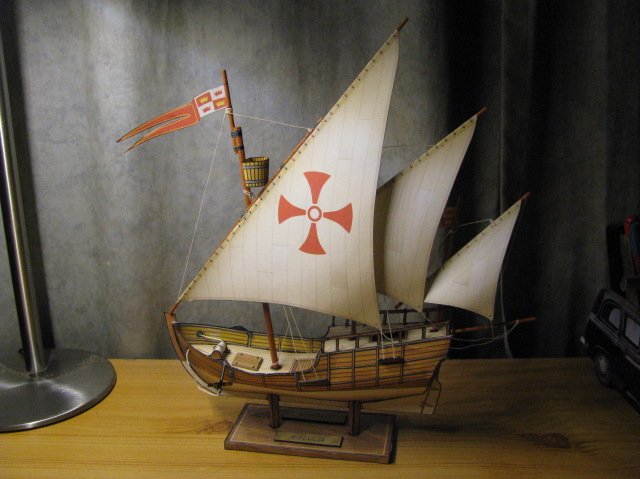 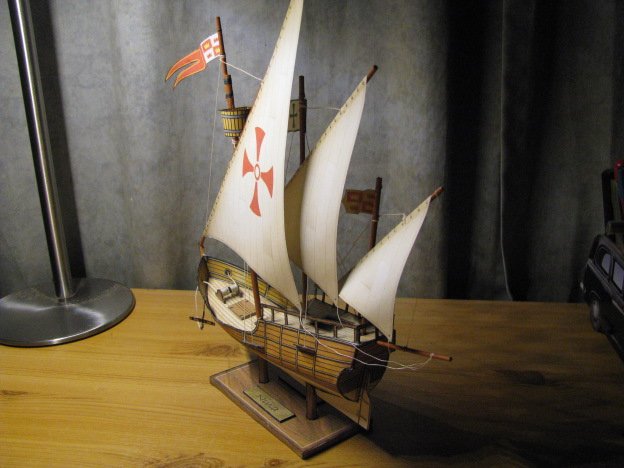 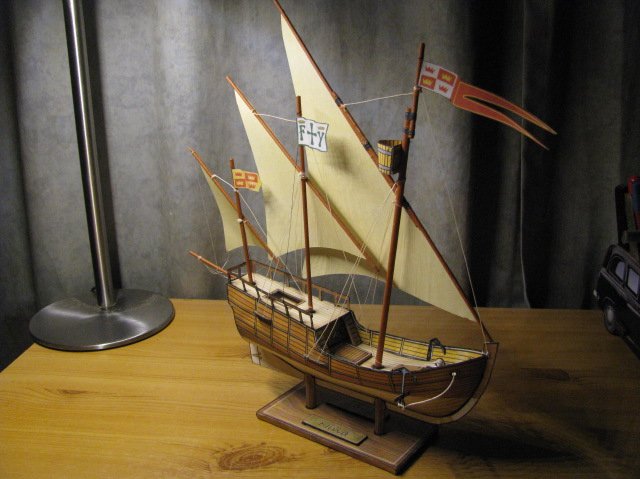 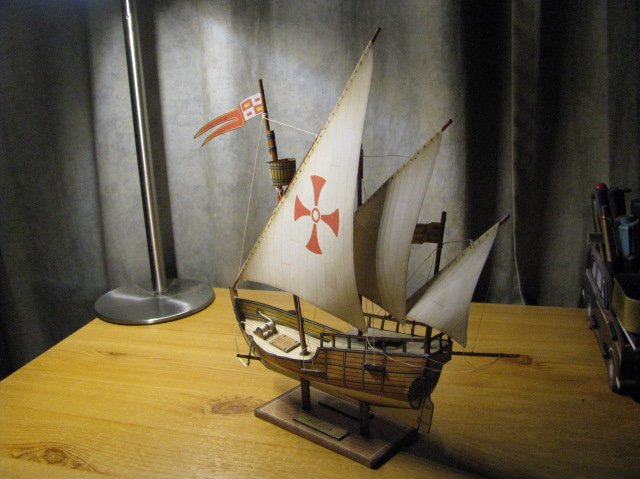